BARACK OBAMA: A CHAMPION FOR ARTIST, THE ARTS, CULTURE, ARTS EDUCATION, COMMUNITY AND A PROGRESSIVE NATION 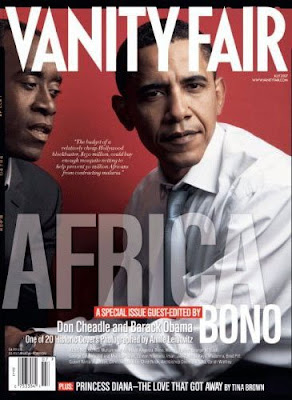 "THIS NATION WOULD SPIN INTO A 21st CENTURY LAND OF WONDER, IF CUSTODIANSHIP OF THIS PLANET, AND THE COSMOS WERE A PRIORITY, AND CREATIVITY FOR THE ENHANCEMENT & ADVANCEMENT OF HUMANITY, WAS A MAJOR PART OF OUR LIFE'S MISSION"

"THEM" IS MY WORDS ON THE POSSIBILITIES OF CREATIVITY.... LIFE, LIBERTY AND THE PURSUIT OF JOY & HAPPINESS IN THIS COUNTRY GOOD FOLKS!!!...... AS FAR AS I SEE IT,... IT'S ALL ABOUT OPENING UP A HEALTHY FLOW OF CREATIVE EXPRESSION OF THE PEOPLE,... FOR THE PEOPLE..... WE'VE BEEN DAMNED SO LONG,... IT SEEMS LIKE A LIFESTYLE CHOICE.

Our nation’s creativity has filled the world’s libraries, museums, recital halls, movie houses, and marketplaces
with works of genius. The arts embody the American spirit of self-definition. As the author of two best-selling
books – Dreams from My Father and The Audacity of Hope – Barack Obama uniquely appreciates the role and
value of creative expression.
A PLATFORM IN SUPPORT OF THE ARTS
Reinvest in Arts Education: To remain competitive in the global economy, America needs to reinvigorate the
kind of creativity and innovation that has made this country great. To do so, we must nourish our children’s
creative skills. In addition to giving our children the science and math skills they need to compete in the new
global context, we should also encourage the ability to think creatively that comes from a meaningful arts
education. Unfortunately, many school districts are cutting instructional time for art and music education.
Barack Obama believes that the arts should be a central part of effective teaching and learning. The Chairman
of the National Endowment for the Arts recently said “The purpose of arts education is not to produce more
artists, though that is a byproduct. The real purpose of arts education is to create complete human beings
capable of leading successful and productive lives in a free society.” To support greater arts education, Obama
will:
􀂾 Expand Public/Private Partnerships Between Schools and Arts Organizations: Barack Obama will
increase resources for the U.S. Department of Education’s Arts Education Model Development and
Dissemination Grants, which develop public/private partnerships between schools and arts
organizations. Obama will also engage the foundation and corporate community to increase support for
public/private partnerships.
􀂾 Create an Artist Corps: Barack Obama supports the creation of an “Artists Corps” of young artists
trained to work in low-income schools and their communities. Studies in Chicago have demonstrated
that test scores improved faster for students enrolled in low-income schools that link arts across the
curriculum than scores for students in schools lacking such programs.
􀂾 Publicly Champion the Importance of Arts Education: As president, Barack Obama will use the
bully pulpit and the example he will set in the White House to promote the importance of arts and arts
education in America. Not only is arts education indispensable for success in a rapidly changing, high
skill, information economy, but studies show that arts education raises test scores in other subject areas
as well.
Support Increased Funding for the NEA: Over the last 15 years, government funding for the National
Endowment for the Arts has been slashed from $175 million annually in 1992 to $125 million today. Barack
Obama supports increased funding for the NEA, the support of which enriches schools and neighborhoods all
across the nation and helps to promote the economic development of countless communities.

by Obama for America
Promote Cultural Diplomacy: American artists, performers and thinkers – representing our values and ideals
– can inspire people both at home and all over the world. Through efforts like that of the United States
Information Agency, America’s cultural leaders were deployed around the world during the Cold War as artistic
ambassadors and helped win the war of ideas by demonstrating to the world the promise of America. Artists
can be utilized again to help us win the war of ideas against Islamic extremism. Unfortunately, our resources
for cultural diplomacy are at their lowest level in a decade. Barack Obama will work to reverse this trend and
improve and expand public-private partnerships to expand cultural and arts exchanges throughout the world.
Attract Foreign Talent: The flipside to promoting American arts and culture abroad is welcoming members of
the foreign arts community to America. Opening America’s doors to students and professional artists provides
the kind of two-way cultural understanding that can break down the barriers that feed hatred and fear. As
America tightened visa restrictions after 9/11, the world’s most talented students and artists, who used to come
here, went elsewhere. Barack Obama will streamline the visa process to return America to its rightful place as
the world’s top destination for artists and art students.
Provide Health Care to Artists: Finding affordable health coverage has often been one of the most vexing
obstacles for artists and those in the creative community. Since many artists work independently or have nontraditional
employment relationships, employer-based coverage is unavailable and individual policies are
financially out of reach. Barack Obama’s plan will provide all Americans with quality, affordable health care.
His plan includes the creation of a new public program that will allow individuals and small businesses to buy
affordable health care similar to that available to federal employees. His plan also creates a National Health
Insurance Exchange to reform the private insurance market and allow Americans to enroll in participating
private plans, which would have to provide comprehensive benefits, issue every applicant a policy, and charge
fair and stable premiums. For those who still cannot afford coverage, the government will provide a subsidy.
His health plan will lower costs for the typical American family by up to $2,500 per year.
Ensure Tax Fairness for Artists: Barack Obama supports the Artist-Museum Partnership Act, introduced by
Senator Patrick Leahy (D-VT). The Act amends the Internal Revenue Code to allow artists to deduct the fair
market value of their work, rather than just the costs of the materials, when they make charitable contributions.
Posted by Xenobia Bailey's Artist Journal at Monday, June 30, 2008

Email ThisBlogThis!Share to TwitterShare to FacebookShare to Pinterest
Labels: PHOTO BY ANNIE LEIBOVITZ