MY MENTOR, THE AMAZING TRAIL BLAZER, THE ONE & ONLY: ARTIST FAITH RINGGOLD 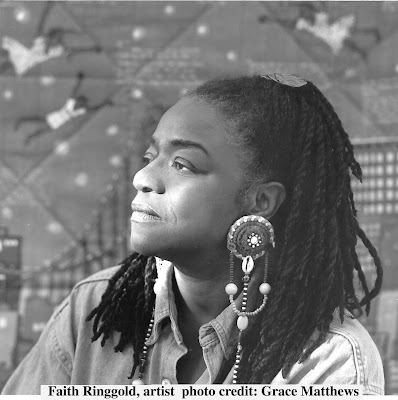 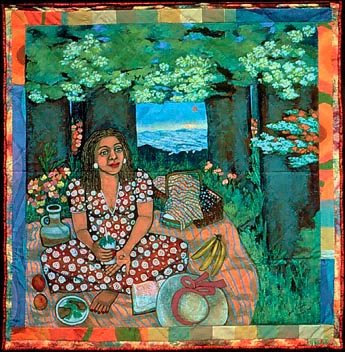 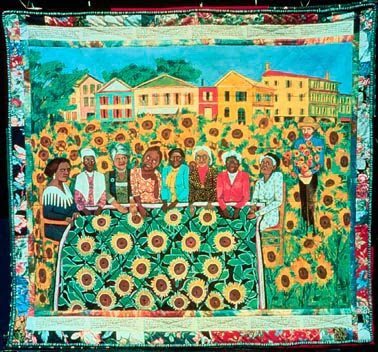 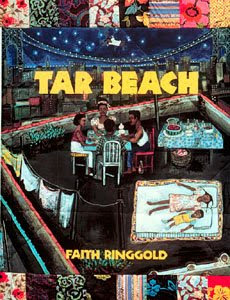 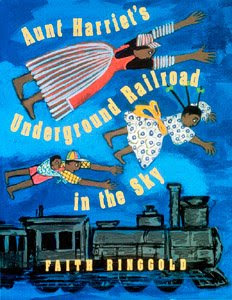 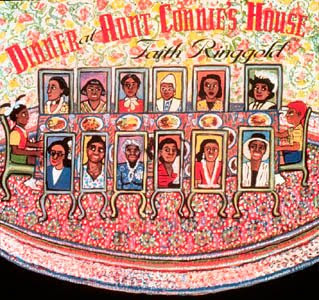 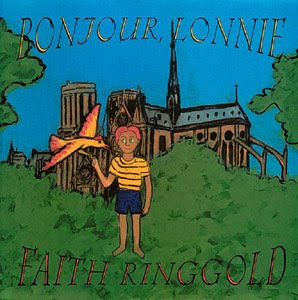 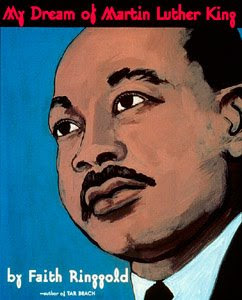 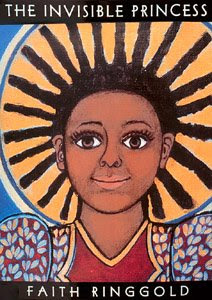 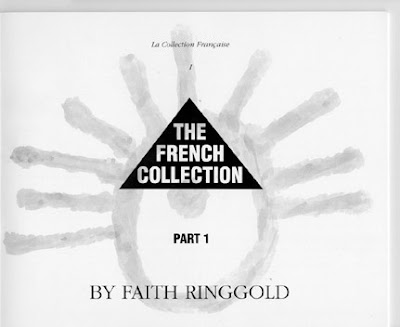 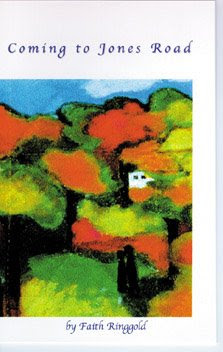 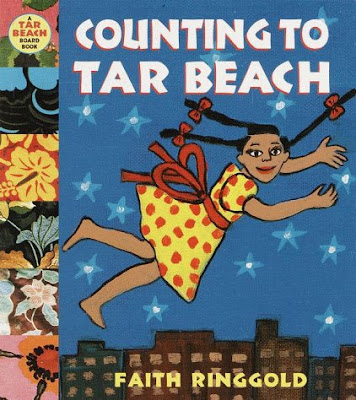 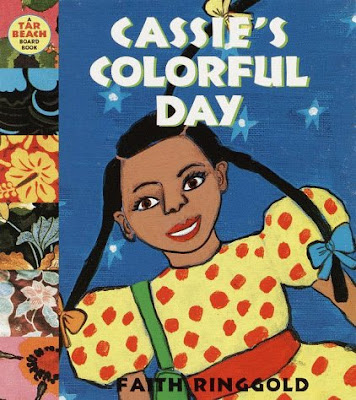 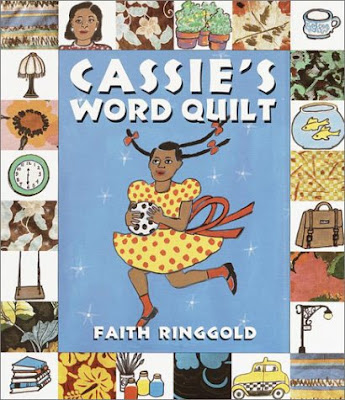 I went over to the Jersey City Museum today, with Fine Art Dealer Noel of New York, to see my exhibit (RE) POSSESSED, she really liked it, and she was all over the place taking photos. She was even taking photos inside the tent, (which I never thought of doing until after I saw the photos that she took.) She bought some of the products from the exhibit that were on sell in the gift shop, Noel is a true patron of the ARTS.

After Noel and I left the museum, I had an appointment to visit Eto Otitigbe, who is a artist and a engineer and owns a gallery called Esoro Gallery, this is a really wonderful new gallery, that is up the street and around the corner from the Jersey City Museum, a very easy distance, (even though I got lost, but Eto came out looking for me, as my journey to his gallery turned into a real estate tour of Jersey City.) We had a wonderful meeting, Eto offered me a glass of orange juice, and then he manually squeezed me a glass of fresh orange juice (I was totally impressed). I met Eto’s sister who is the gallery director and I met the artist that is going to be opening in the gallery tomorrow night with his art work. I can’t wait to see the finished exhibit, it looked very fun and interesting.
____________________________________
The summer I graduated from college, 1977, was when I first introduced myself to The Fearless, Amazing Fine Artist Faith Ringgold. I had just graduated from Pratt Institute in Brooklyn New York, and I had no idea of what my next step was going to be, as far as starting my career in New York as an artist.

As I was wondering around the abandoned campus after the end of the school year. I went down to the empty school cafeteria to look on the bulletin board searching for a posting of some kind of opportunity that was waiting for me.

I saw this flyer that read the Artist Faith Ringgold and another artist, (I since forgot the name of the other artist,) were planning a group exhibit and they were putting a call out to artist to apply.

Faith and the other artist had their phone numbers on the flyer, so I called Faith Ringgold, because I was more familiar with her work from an exhibit and a performance piece that she did at Studio Museum in Harlem that I had seen. I really was not prepared to be a part of a group exhibit, because I only had design work that I created from my senior thesis. I was calling her because I needed to speak to a working artist because I was at a blank about my next step to my future as an artist.

When I called her up, and I just started running off at the mouth, about how I just graduated from college, and I had no idea of what to do, or were to go next for the rest of my life. I also told her, that I had just used my last dime to call her and the operator just told me to add some more money if I wanted to use the telephone any longer. Faith told me to give her the telephone number in the phone booth and that she would call me right back. She did just that, and Faith and I stayed on the phone for over an hour talking, as I calmed down and was starting to get a clear idea of how to pull my life together.

She invited me over to her house in Harlem to share her art work with me and talk some more about the life of a ARTIST, That’s were I witnessed the ambitious drive, genius and the power of the Great Story Teller, Fine Artist, Faith Ringgold and she has been my role model, inspiration and mentor every since.
Posted by Xenobia Bailey's Artist Journal at Wednesday, April 02, 2008 2 comments: