"I HAVE DISCOVERED, IT IS NEVER TO LATE TO FIND A NEW INSPIRATION IN YOUR LIFE.... THIS BOOK ABOUT CHARLES HARRISON,.. A PIONEER AFRICAN AMERICAN INDUSTRIAL DESIGNER, IS A MUST READ,... A HISTORICAL DOCUMENTATION OF A AFRICAN-AMERICANS CONTRIBUTION TO THE AMERICAN INDUSTRIAL REVOLUTION.

THIS BOOK "A LIFE'S DESIGN" SHOULD BE IN EVERY HOUSEHOLDS LIBRARY IN AMERICA... I WISH I HAD THIS BOOK WHEN I WAS STUDYING INDUSTRIAL DESIGN AT PRATT INSTITUTE." 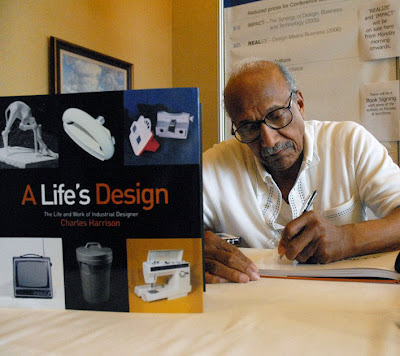 Charles Harrison, an industrial designer at Sears, Roebuck & Company for more than three decades, improved the quality of life of millions of Americans through the extraordinary breadth and innovation of his product designs. One of the first African Americans to enter the design field, Harrison began working for Sears in 1961 and eventually became the company’s Chief Designer. During his distinguished career, Harrison maintained an unwavering commitment to the needs of the average consumer, creating an astonishing 750 products—from radios and sewing machines to hair dryers—for nearly every area of the home. Among his most iconic designs are the first-of-its-kind plastic garbage can, a lighter, more durable alternative to its metal counterpart; and a redesign of the now classic View-Master. Harrison currently teaches design at Columbia College in Chicago. 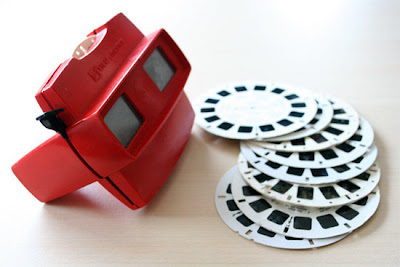 Harrison, an industrial designer at Sears, Roebuck and Company for more than 30 years, produced at least 750 designs for pretty much any gadget you might care for or need in the home from radios and hairdryers to sewing machines, power tools, toasters and – his favourite – the first plastic rubbish bins. 'No more clang-clang of metal before breakfast', he says. He currently teaches design at Columbia College, Chicago. 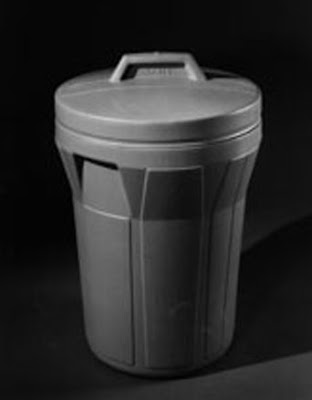 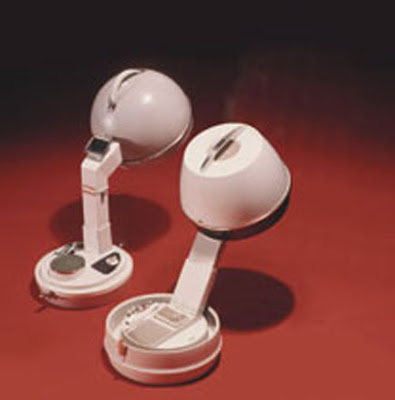 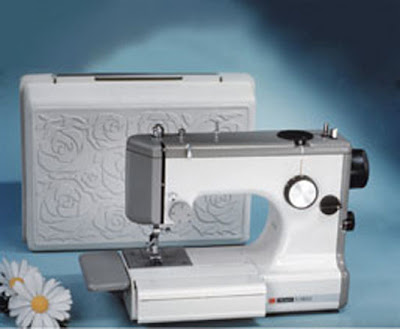 Harrison's ascent from his birthplace in Shreveport, Louisiana to his becoming the first African American executive at Sears, Roebuck and Co, was a long but not altogether slow one. Talent will out, and he was in an executive position by the age of 30. His story is told, with plenty of enjoyable illustrations, in his biography A Life's Design. 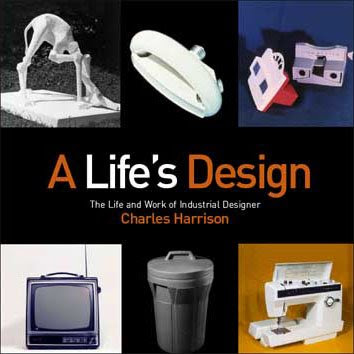 About A Life's Design
Designs by Chuck Harrison not only reflected our changing lives, they often drove the transformation itself that took place in the American home and workplace during the era following World War II through the mid-1980s.
Retired from both professional design and teaching, Harrison is currently speaking on his life's work and passion as captured in this insightful memoir.

A Life's Design chronicles the life, career and the emergent philosophy of Charles "Chuck" Harrison, one the most prolific and respected industrial designers of his time, an influencer on style and design today, and a pioneer as the first African American executive ever hired by Sears Roebuck & Company.
"The range of design projects that Harrison completed in his career was quite remarkable," writes Professor Noel Mayo, Department of Design at Ohio State University. "This book will be very helpful to designers, historians, design educators and students around the world."

Harrison's inspirational life, his timeless approach to design and his passion for inspiring others with humor, insight and humility provide a story worth hearing.

"In this inspiring story of adversity and achievement, Harrison blends heart-warming personal detail with a straightforward description of his work as an industrial designer," comments Victoria Matranga, Design Programs coordinator for the International Housewares Association.

Life Changing Design
MY LIFE’S WORK
Over the course of my career, I’ve been involved with the creation of almost all areas of household products. Below is just a short listing of the many products I’ve designed.