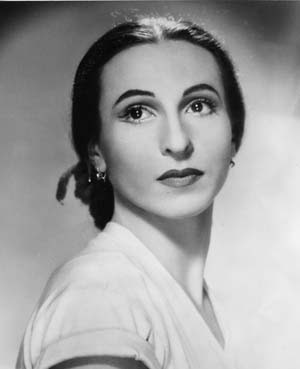 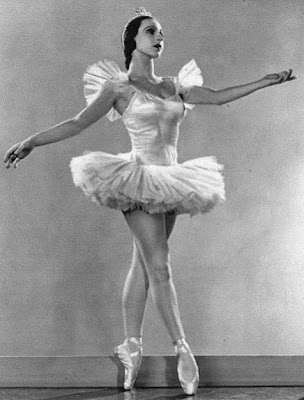 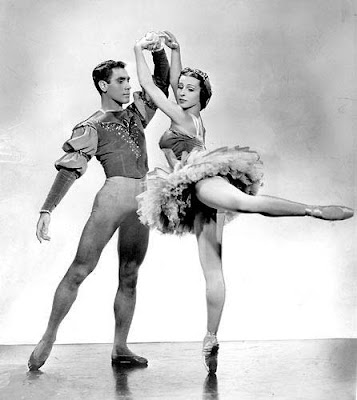 Ms Ruthanna Boris was Ruby Taylor (My friend with the broken leg) and my ballet teacher when we were student at the University of Washington.

This, I can honestly say is the only MASTER CLASS I had in my whole life. She was a powerful, dynamic artist & teacher. I have never met any other artist that had the full hearted passion for her craft as Ms Boris had.

She gave us, (her student), all that she could give. I am still reaching to live up to her standards. She truly left her amazing mark on me... She was small, but she was mighty....

She could be like cracking thunder when she stood front and center and commanded our class. With 50 some odd student in the class, she saw everything that each and every student was doing, and she would not hesitate to call you out. She know how to get the results she desired from her student, no matter how you came to class feeling.

When Ruthanna Boris began teaching ballet at the University of Washington in 1965, there was no dance department, no dance studio and no musical accompanist. Those of us who attended her classes on the drafty upper floor of the old Armory building in the early '70s had to compete with the sporadic banging from the ROTC rifle range downstairs. The sound of target practice didn't faze Miss Boris, who simply shouted over the noise and whacked out the beat more insistently on her drum.

Occasionally, when things got really bad, she would strike back. Rather than demand the usual soft, quiet landings for our entrechats and jumps, Miss Boris — with glee in her eye — authorized revenge on the military. "Land hard," she would say. "Let them have it." And 50 strong young bodies would leap and leap with the resilience of pogo sticks, pounding our feet on the wooden floor until the rickety old building thundered and a stunned silence echoed in the room below. Miss Boris was 88 when she died last month at her home in El Cerrito, Calif., and decades had passed since I last saw her. I imagine her feisty to the end.

A LIFE AND LEGACY OF DANCE

A glowing obituary in The New York times touted Miss Boris' career as a dancer and choreographer. She was one of the great choreographer George Balanchine's first students in this country and performed in the 1935 debut season of his American Ballet. She went on to dance in Lincoln Kirstein's Ballet Caravan in 1936-37 and the Metropolitan Opera Ballet in 1937-42, before joining the Ballet Russe de Monte Carlo, where she was frequently partnered by the renowned Leon Danielian. She choreographed for the Ballet Russe and the New York City Ballet, and her popular ballet "Cakewalk" of 1951 was later restaged by the Joffrey Ballet.

The 18 years Miss Boris spent teaching at the University of Washington were a small blip on her résumé, but for Seattle, her presence was earthshaking. The local dance scene burgeoned during her reign. Hannah Wiley trained with Miss Boris during that period and went on to chair UW's dance department and to found Chamber Dance Company.

An advanced dancer when she came to the university, Wiley remembers being stunned and embarrassed when Miss Boris required her to go back and take 100-level classes. "In my early years, I had been skilled and had moved up probably faster than I was absorbing material. As painful as it was when she forced me to go back to basics, ultimately it was good for me," Wiley recalls. "It actually helped teach me how to teach dance."

Miss Boris made lasting contributions to the way dance is taught in universities, Wiley said. "She was teaching dance in the academy when [administrators] were not sure where it was supposed to be. Ballet was in the drama department, and modern dance was in physical education." Miss Boris helped elevate dance to the status of other studies, "and that was extremely important not only here but across the country," Wiley said.

Those were contentious times in the university's budding dance program, and Miss Boris' strong personality didn't sit well with everybody. She was a demanding teacher and an assertive administrator, and her views were at times publicly at odds with others on the dance faculty. But her forcefulness served the dance program well during the planning of Meany Hall, when Miss Boris took charge and made sure that dancers finally got a functional place to study — three magnificent dance studios with changing rooms, showers and lockers. "That was huge for dance at the university," Wiley said. "Huge and ongoing."

I was 18 when I first stepped into a class with Miss Boris. I had been taking dance lessons of one sort or another since I was 5, but none of it prepared me for her. Miss Boris was a force of nature. Small in stature, with a trim hourglass figure and an utter command of her audience, she walked slowly, each step requiring a slight swing of her body and the placement of a metal crutch. Degenerative arthritis had ended her dancing career in the 1950s, and she endured metal hip replacements, a primitive measure at that time. No doubt she was often in pain but, veteran dancer that she was, she never let on.

Many of the students who signed up for her classes had no serious career intentions. Some were drama students looking to enhance their stage skills; others may have had romantic notions about gracefully wafting about en pointe or, better yet, not having any homework. Some of us just loved to dance. Miss Boris didn't seem to care what brought us there, as long as we were prepared to work. Our daily classes were deep and comprehensive. We didn't start at the barre but with a measured series of stretches that opened the spine and focused the mind, a moving meditation. I loved the discipline of her class. There was no standing around chatting, no wasted time. We worked silently, with damp, flushed faces and quivering muscles.

Miss Boris kept high standards, for herself and others. When the university began to provide piano accompanists, she had no patience for those who couldn't keep up with her. She expected the music to be right — and right now. And she pushed her dancers, some a little too hard. Occasionally, a student would leave in tears. At the barre, you could hear the click of Miss Boris' crutches coming up the row behind you, always daunting, as she quietly corrected the placement of an arm, an arabesque. On those rare instances when Miss Boris paused in her rounds to nod and whisper "good," you felt blessed.

I began to appreciate what drove her one day in April 1971, when Miss Boris stood solemnly in front of class and waited for silence. With her usual dramatic flair, she made an announcement: The great maestro Igor Stravinsky had died.

The significance of that took a moment to sink in. But for the next few minutes Miss Boris held us spellbound as she talked about her days as a young dancer, rehearsing with Stravinsky at the piano and Balanchine working through his choreography. Rehearsing with Igor Stravinsky and George Balanchine? As far as I was concerned, our teacher had lived in the company of gods. It was awe-inspiring.

Speaking of higher powers. In dire situations, Miss Boris would lift her eyes heavenward and invoke the Almighty. When she used the word "God," it was always immediately followed by a knowing look and the pronoun "She." That delighted us. At other times, Miss Boris called for the assistance of Terpsichore, the muse of dance, who no doubt shook her head and shrugged in disbelief as she looked down at a motley bunch of undergraduates pounding away above a rifle range.

Many of Miss Boris' students attended in August 1971 when the Joffrey Ballet performed her "Cakewalk" at the Opera House. It was a hit. And after the dancers had taken their bows, the audience leapt to their feet cheering as a small woman — I picture her in a white dress — slowly entered from the wings. Miss Boris stepped lightly and deliberately, a radiant smile on her face. Her arms were gracefully spread, and some of the audience knew why: to hold her precarious balance. Miss Boris refused to walk on stage with crutches.