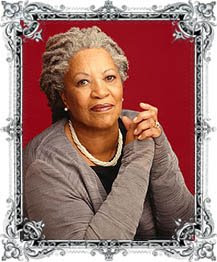 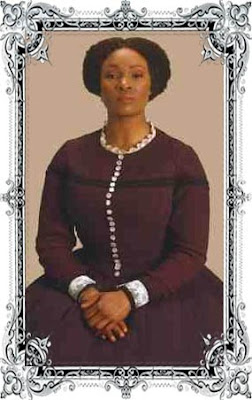 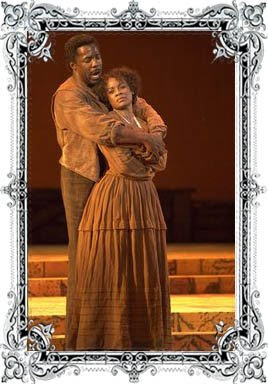 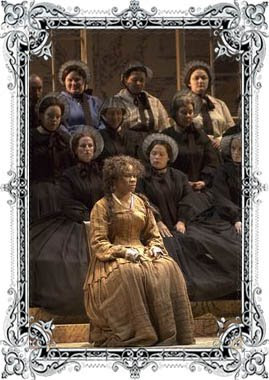 I found these beautiful images from Toni Morrison Opera MARGARET GARNER on Sheree Renee Thomas's blog. Check out this HARD WORKIN UPTOWN SISTAH'S blog if you get a chance

Today I had to slow down with the preparations for the exhibit at the Jersey City Museum. I was getting a little over whelmed with the details. Once this exhibit is up, I will be a lot less nervous about it.

Everything is coming together really well, One of the reasons I was moved to do this traveling exhibit on the development of a contemporary African American aesthetic, is because of the memorialization of the historic trauma that is laced into the African American Culture. This is the same reason that I retired from designing costume for Black Theater.

In the 1970’s when I was still living in Seattle, I belonged to a very unique African American community theater group named Black Arts West…

Copy-paste- and open the link below for a very interesting view of the history of this small but very special black repertory theater group that was started in the 1960’s, in the Pacific Northwest.

(Be sure to “Brows to Next Essay” to read all 5 pages of the essay, I was part of the scene of this theater group, so I can honestly say, it is very well documented)

…I was a costume designer for Black Arts West for a few plays from 1971-73. I was also a student of Ethnomusicology at the University of Washington.

I took a few theater costume design course because I thought it would be helpful for me with my work at the theater. That was the beginning of my culture shocks.

During this class is when I noticed that the costumes that I was designing for the productions of Black Theater, were all run-away slave costumes or used urban wear.

I was not able to beautifully design the dramatic costumes of my imagination that came from the pages of The African American Play writes, like the other students in the class were able to do that were designing costumes with European Play writers,

If I had designed the costumes that I envisioned it would have altered the mood of trauma that was being dramatized in the writing. The students that were working with plays by European Playwrights. Were able to buy wonderful satin brocades and decorative lace fabrics of wonderful colors & textures to aid their vision to take the characters they were working with into a magical experience.

I,… “On the other hand” was in the “salt mines” going to the Salvation Army or thrift store to find what ever I needed. I was ripping the clothes up, “on my hands and knee’s” rubbing the fabric on ruff edges to create worn holes, putting grass stains, perspiration stains and tea stains on the garments to look like blood stains… I could go on with this description, but, like the experience with designing costumes for black theater,… I had to leave,… I was tired working so hard to preserve the trauma of the culture, I had to move on to something that tells another part of our story, and I had to go to The High Road at The Cross Roads of my culture. Where I could express from my personal vision.

Now, this brings my story to a few months back when I saw Toni Morris’s Opera Margaret Garner at New York City Opera Sept 2007. It was an amazing production, I totally enjoyed it, and it was definitely a high point of my theatrical experience. I love Toni Morrison’s writings; I especially loved watching the film Beloved, which inspired an exhibit that I did at the Caribbean cultural Center in 2006 in New York City.

But… The costumes of the Opera Margaret Garner, we were still enslaved and running. This is one of the reasons that I am doing this exhibition project titled (RE)POSSESSED, that will open March 20th at the Jersey City Museum.

So… to help everyone get into the spirit of this exhibit, until it travels to a gallery near you, I have curated10 youtube video’s that are required viewing before visiting the exhibit (RE)POSSESSED.

Check them out and enjoy.

http://www.youtube.com/watch?v=RH1wyH3WaI4&feature=related
Supremes: Some day we will be together


http://www.youtube.com/watch?v=ORSzfw8FE-o&feature=related
Nina Simone: I’ll put a Spell on you.


http://www.youtube.com/watch?v=GUcXI2BIUOQ&feature=related
Nina Simone I ain’t got


http://www.youtube.com/watch?v=gAtMEsIVLVo&feature=related
Nina Simone: What you Gonna Do? (In a sexy crochet pant outfit, she is totally styled her as far as I’m concerned)