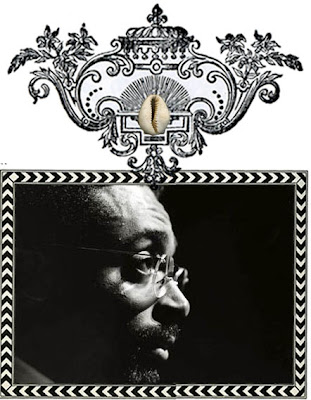 • 2000: Bamboozled, The Original Kings of Comedy

• 2006: Inside Man, When the Levees Broke: A Requiem in Four Acts (miniseries)

Filmmaker Spike Lee, the director of Do the Right Thing and Malcolm X, is the recipient of the 13th Wexner Prize, awarded by the Wexner Center for the Arts.

Lee will receive the award -- $50,000 and a commemorative sculpture -- during a private ceremony early in February.

He will discuss his work at public and student events Feb. 11 and 12, and inspire a retrospective in the center's film/video theater.

"It's a blessing," he said. "I'm doing what I love, first and foremost, and to be recognized for that is a bonus."

"Spike Lee is one of the foremost independent voices in filmmaking today," said Sherri Geldin, executive director of the center. "He has been a fierce pioneer at every stage of his career, flaunting all the taboos and having the audacity

to take on subject matter that few, if any, filmmakers are willing to tackle."

The Wexner Prize was created in 1992 to honor contemporary artists who are "consistently original, influential and challenging to convention."

The winner is chosen by the trustees of the Wexner Center Foundation from nominations by the center's International Arts Advisory Council. The prize is funded through the foundation by Chairman Leslie H. Wexner.

In a statement, Wexner hailed Lee as "a bold, creative spirit who is unafraid to provoke and challenge us."

The award, Geldin said, is the first to Lee from a multidisciplinary arts center.

He drew national fame for his acclaimed third feature, Do the Right Thing (1989), an angry drama about racial tensions in his home neighborhood on the hottest day of the summer. It provoked a national debate and earned Oscar nominations, including one for his screenplay.

Not all of his features have dealt directly with racial themes. The 2006 thriller Inside Man -- a heist drama co-starring Denzel Washington, Clive Owen and Jodie Foster -- has been his most commercially successful, earning $88 million in the United States.

Lee has been prolific in other areas, including TV commercials, music videos and documentaries. His 4 1/2-hour TV documentary about the devastation of Hurricane Katrina, When the Levees Broke: A Requiem in Four Acts (2006), won three Emmy Awards, including one for exceptional merit in nonfiction filmmaking.

David Filipi, the Wexner Center's media-arts curator, said that referring to Lee as primarily a black filmmaker doesn't give him the credit he deserves.

"People mostly think of him as a controversial filmmaker, but he really is a great stylist. He puts a lot of thought and care into the look of his pictures, the art direction, the cinematography. He also has a very keen awareness of film history."

Lee commented on his status as a prominent black filmmaker and how it has influenced those who have followed him.

"There have been great improvements in many areas. To me, the final hurdle is to get into and stay in the gatekeeper's position."

The only other filmmakers to have won the Wexner Prize are Yvonne Ranier, better- known as a choreographer, and Martin Scorsese, director of the Oscar-winning The Departed and a close friend of Lee's.

"Marty took a genuine interest in me and my work while I was in New York University grad film school," Lee said. "There is no one on this planet -- alive, at least -- who knows and loves cinema like Martin Scorsese."

The award to Lee will be the center's first since 2005, when the prize went to choreographer Bill T. Jones.

The gap since then, Geldin said, was a matter of timing.

"We prefer to award it in the spring, but the last one was awarded in the fall of 2005 to coincide with the reopening (of the center).

"Ideally we would have awarded . . . (the prize to Lee) in the spring of this year. The selection was made very early in this calendar year, but it was a matter of clearing dates on Spike's calendar.

"We could have done it earlier, but we didn't want to go to a runner-up. We wanted Spike."
Posted by Xenobia Bailey's Artist Journal at Monday, January 14, 2008 No comments: