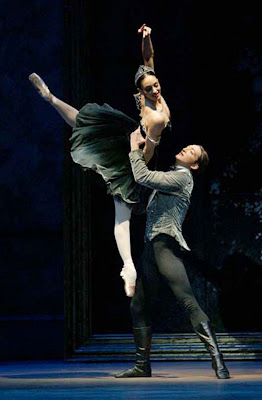 One day in March, Judy Nguyen's beeper went off at Tallahassee Memorial HealthCare. A 2-year-old needed an echocardiogram, an ultrasound image of the heart. Nguyen rushed to the waiting room, where she met the patient and his family. Then she showed the toddler the tools she'd be using throughout the procedure: a guitar, a puppet, and a drum.

As one of two medical music therapists at the Florida hospital, Nguyen provides 350 to 400 music therapy sessions a month to patients. On this particular day, she sang songs like "Old MacDonald Had a Farm" as she waited with the boy and used a puppet to show him where the transducer and heart monitor would go. "I told him how he'd have to take off his shirt and show us his muscles, and about the ooey-gooey jelly we'd put on him," says Nguyen. While the technician ran the test, Nguyen strummed her guitar and the youngster played along with the drum. The result: no wiggling and squirming, but a calm patient who helped make the procedure go more smoothly.

Nguyen is part of a growing trend to incorporate music, writing, and visual art into the clinical treatment of patients. While the use of the arts in healing can be traced back centuries through religious practices, a growing body of evidence now shows that the arts do far more than simply soothe the savage breast. New clinical research is quantifying the health benefits of the arts, from pain relief to faster recoveries. The Joint Commission on Accreditation of Healthcare Organizations did its first survey of arts in 2004 and found that about 2,000 hospitals around the country offer some kind of arts programming. It's not just in the therapy realm. Medical schools now offer courses in the arts, literature, and humanities, and hospitals are adding healing gardens and art galleries and allowing patients to select artwork to decorate the walls of their sterile rooms. "There's very good evidence that engaging patients in art and music is a way to make the burden of illness and periods of care more tolerable," says Harry Jacobson, a nephrologist and vice chancellor for health affairs at Nashville's Vanderbilt University Medical Center, which brings artists to patients' bedsides.

The trend has spawned new undertakings like the Louis Armstrong Center for Music and Medicine, which opened in November. Part of Beth Israel Medical Center in New York City, it provides medical music therapy and researches its effects on children with asthma and adults with cardiac and pulmonary problems, as well as treating medical problems specific to musicians. In the October issue of the Journal of PeriAnesthesia Nursing, Joanne Loewy, director of the center, reported that singing lullabies slowly and softly, timed to breathing rate, was more effective than a sedative in getting infants and toddlers to sleep before an EEG, a brain scan requiring electrodes on the scalp. "Medication was either not needed or worked a lot faster if music therapy was offered," says Loewy.

Once a fixture at large hospitals, art and music therapy were largely banished as managed healthcare became more prevalent. But in recent years, patients and doctors alike have looked for ways to make medicine more human. "Medicine has become so technologically focused that the human aspect was set aside," says Nancy Morgan, director of arts and humanities at the Lombardi Comprehensive Cancer Center at Georgetown University in Washington. Lombardi offers patients therapeutic dance sessions, writing groups, and workshops featuring quilting, clay sculpting, and painting.

Both writing and visual art can play a role in reducing pain and decreasing physical symptoms of illness. Perhaps that's because they allow patients a way to release stress and process trauma. Indeed, two decades of research link writing about trauma to improved physical health.

In 1986, James Pennebaker, a psychology professor at the University of Texas-Austin, found that students who wrote about a traumatic experience were much less likely to visit the student health center in the subsequent four months. Since then, a slew of studies have shown that writing about trauma improves the health of people with chronic disease. The evidence is so compelling that Pennebaker expects to test his method this summer with soldiers returning from Iraq.

No wonder hospitals around the country have launched writing groups to help patients heal physically and mentally. Sutter Health system in Sacramento, Calif., for example, offers six writing groups a week through its Literature, Arts, and Medicine Program, launched in 2002 for patients, caregivers, and community members. The 12 to 15 participants in each group write fiction, essays, or poetry, then read their work aloud. The other participants are invited to comment, but they're asked to treat all revelations as fiction and to refer to the writer as the narrator--techniques designed to make the writers feel safe and uninhibited. "I have one patient who has really severe asthma and chronic lung disease," says Maxine Barish-Wreden, an internist in Sacramento who has referred many patients to the group. "It certainly hasn't cured her, but it has improved her symptoms and well-being."

In the body. Recently, scientists have been taking a closer look at what exactly is going on in the body when patients write a letter, paint a self-portrait, or listen to a favorite song. A series of studies by psychologist Denise Sloan at Temple University in Philadelphia show that after writing exercises, subjects demonstrate lower levels of cortisol, a stress-related hormone that may affect immune levels. And in 2004, a study showed that AIDS patients who completed writing exercises had higher levels of T-cells, which play a significant role in cellular immunity. It all ties together in the way art affects the brain.

"We believe music can cause neurochemical changes in specific parts of the brain," says Mark Jude Tramo, a neurology professor at Harvard Medical School and director of the Institute for Music and Brain Science in Boston. Those particular areas are related to the brain and body's "feel good" systems--the endogenous opioid, dopamine, and cannabinoid systems that are also affected by drugs like heroin, cocaine, and marijuana.

"Music is a powerful auditory stimulus," Tramo says. So powerful, in fact, that it may cause cells to release substances such as endorphins, which suppress pain, and immunoglobulins, which help fight disease.

Likewise, in a study published in May's Journal of Psycho-Oncology, Daniel Monti, medical director of the Jefferson-Myrna Brind Center of Integrative Medicine at Thomas Jefferson University Hospital in Philadelphia, looked at 111 women with different types of cancer who took part in a support group called Mindfulness-Based Art Therapy. The group combined meditation training with art tasks, from sketching self-portraits to sculpting with clay. Women in the group experienced significant drops in their stress levels and improvement in their health-related quality of life, including less pain, better sleep, and fewer general physical complaints. The results were so convincing that the National Institutes of Health has provided Monti an additional grant for a five-year study of more than 300 cancer patients, which will look closely at specific markers in the immune system.

Cutting costs. Evidence of the power of art comes at a time when hospitals and healthcare companies are cutting costs, and studies show that in some cases, the arts can indeed help the bottom line. Using music instead of medication to lull children to sleep, for example, can substantially reduce the cost of echocardiograms by eliminating the need for nurse supervision of medication and reducing procedure time, according to a 2002 cost-benefit analysis at Tallahassee Memorial. Live music played in neonatal intensive care units can send premature infants home up to 12 days earlier, saving an estimated $2,000 a day, according to Jayne Standley, a professor of music therapy at Florida State University. Music helps preemies breathe better and gain weight. And a 2005 study published in the European Journal of Anesthesiology showed that patients who listened to music after hernia surgery required less morphine to control their pain.

To be sure, the arts are not a replacement for medical treatment. "The effects are modest," says the University of Texas's Pennebaker of writing exercises. "But so are the effects of a lot of medical techniques." Says Christopher Rumana, chief of neurosurgery at Tallahassee Memorial, who has studied music therapy before and after brain surgery: "People by and large were happier, but it didn't make someone who was going to die live." Still, he believes music therapy is worthwhile, as it might make patients more comfortable with their doctor and willing to go ahead with treatment. Since his study, all surgical patients at Tallahassee Memorial have been offered an MP3 player so they can choose their own music to listen to before and after an operation.

ART THERAPY isn't something just any well-meaning virtuoso or painter can provide. It requires extensive training not only in the arts but also in their particular application with patients. Board-certified art therapists, for example, must have a specialized master's degree followed by one year of practice before they can take their exams for certification by the Art Therapy Credentials Board.

All the same, there still is resistance among the medical establishment. "In the beginning, we had a few doctors say, 'If we didn't have this arts program, we'd have another MRI machine,'" says Elaine Sims, director of the Gifts of Art Program at the University of Michigan Health System. The program now sponsors four bedside musicians, nine art galleries, rolling art carts that let patients choose framed artworks for their rooms, concerts, and visiting performers like the Royal Shakespeare Company.

While the growing acceptance of the arts has been grounded in research, its acceleration may be based on far more personal phenomena: More doctors are gaining firsthand experience. The Arts and Humanities Medical Scholars Program at Stanford University encourages its students to examine the intersection between art and science, while the narrative medicine program at Columbia University's medical school in New York trains doctors to write "parallel charts," where they record their own reactions to patients.

The art of medicine is also being used to help doctors and nurses manage their own stress and avoid burnout. The Louis Armstrong Center for Music and Medicine, for example, offers music meditation for oncology nurses--group sessions where nurses sing, listen to live music, and talk about their tough experiences treating cancer patients. And every other week, groups of residents at Beth Israel Medical Center convene in the center's music studio to play the drums, progressing from simple to more complex beats and working out their tension along the way. It seems that the arts can heal not just the patients, but the healers as well.