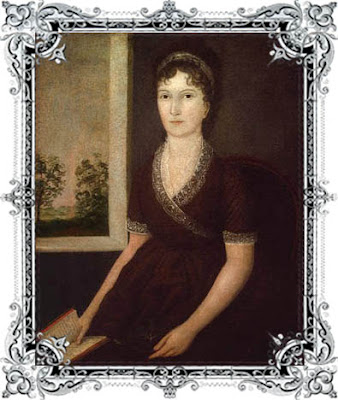 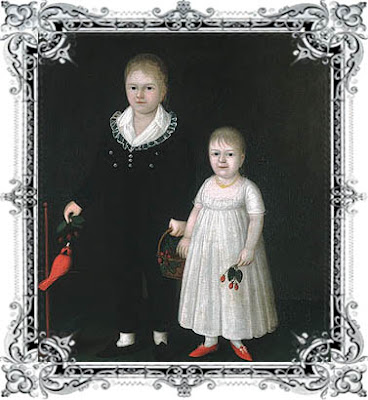 JOSHUA JOHNSON was a FREE AFRICAN AMERICAN ARTIST — THE FIRST "KNOWN AND DOCUMENTED" AFRICAN-AMERICAN ARTIST IN AMERICA TO EARN HIS LIVING AS A PROFESSIONAL PORTRAIT PAINTER. He worked in Baltimore for over 30 years, from 1795 – 1825. Painting during decades of dramatic growth in Baltimore, Johnson produced more than 80 portraits of sea captains, shopkeepers, and merchants. By accepting commissions from Baltimore’s newly affluent families, Johnson produced portraits in oil in the years before the camera was invented. No other artist except Johnson painted so many portraits of parents with their children during this period in Maryland.

Although we know a great deal about the people who posed for Johnson’s paintings, we do not know much about Joshua Johnson himself. Few clues survive to help us piece together the puzzle of his life and career. Like most members of Baltimore’s free black community, he remains an elusive figure. Joshua Johnson’s BALTIMORE MD. HAD A LARGE POPULATION OF FREE AFRICAN-AMERICANS. By 1810, Free African-Americans outnumbered enslaved African Americans by more than two to one.

The Maryland Historical Society now owns a 1782 court record regarding 19-year-old Joshua Johnson, a slave in Baltimore County who was apprenticed to a blacksmith. Previously purchased by his own father, the record orders that Joshua be freed as soon as the term of his apprenticeship ended or when he arrived at his 20th birthday, whichever came first. No further records appear about Joshua Johnson the blacksmith, but in 1796 the Baltimore City Directory has an entry for Joshua Johnson the portrait painter. Are these two men one in the same? We are not sure, but it is possible. With each new clue or intriguing suggestion regarding Joshua Johnson’s life, the mystery only deepens. But in the best traditions of historical scholarship, the quest will continue. Perhaps you will someday be a part of it! If you would like to see some of Joshua Johnson’s paintings, come to the Maryland Historical Society. We have several of his paintings in our permanent collection.

Competition among artists during the late 1700s and early 1800s was not unusual in a city the size of Baltimore. In 1798, Johnson placed a newspaper advertisement in the Baltimore Daily Intelligencer. In it he describes himself as a "self-taught genius," and offers to provide "the most precise and natural likenesses" of his subjects.
Posted by Xenobia Bailey's Artist Journal at Sunday, January 20, 2008 No comments: