MASTER FINE ARTIST FAITH RINGGOLD SIGNING HER PROCLAMATION (POSTER) TITLED: FREEDOM OF SPEECH. FROM THE METROPOLITAN MUSEUM OF ART SERIES.... I GOT MINE!!!! 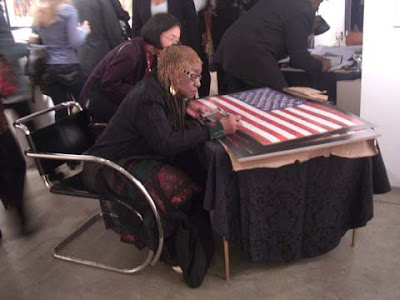 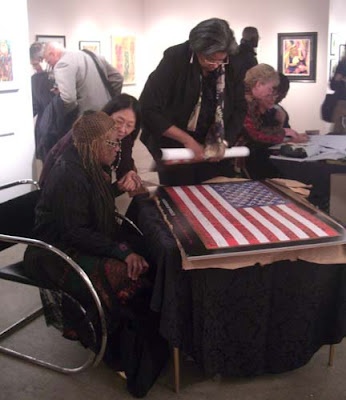 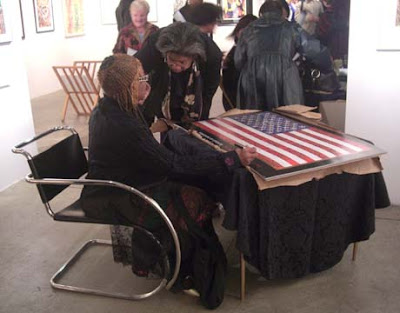 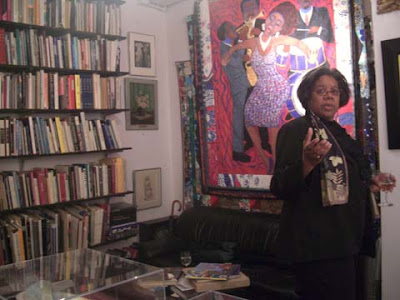 EARLIER TODAY I WAS TALKING TO MICHELLE BISHOP AND SHE MENTIONED THAT SHE WAS GOING TO FAITH RINGGOLD'S FOUNDATION ANYONE CAN FLY 10TH ANNIVERSARY CELEBRATION AT THE ACA GALLERY IN CHELSEA.

I HAD GOTTEN THE E-MAIL ABOUT THIS EVENT, BUT IT HAD GOTTEN LOST OVER THE PAST FEW WEEKS WHEN I WAS WORKING ON MY EXHIBITIONS. I AM SO GLAD I WAS ABLE TO ATTEND, IT WAS GREAT SEEING FAITH'S EXTREMELY BRILLIANT, TALENTED AND BEAUTIFUL DAUGHTERS BARBARA AND MICHELLE.

THE SIGHTS AND SOUNDS IN THE SPACE WERE UP LIFTING, I WAS MIXING AND MEETING NEW FOLKS, AND CATCHING-UP WITH FOLKS FROM UPTOWN & DOWNTOWN THAT I KNEW WOULD BE AT THE EVENT AND WAS LOOKING FORWARD TO SEEING.

I ENJOYED MINGLELING AMONG THE CROWD WHILE WE LISTENED TO LIVE MUSIC AND THE LADY JAZZ SINGER, THEY EVEN HAD MY FAVORITE DRINK, MARTINELLI APPLE CIDER.

THE ART WORK THAT WAS ON SPECIAL EXHIBIT FROM ARTIST AROUND THE COUNTRY FOR THE AUCTION WAS INSPIRING, I REALLY LIKED THE THEME, "PASSION". THE NOTICE FOR THE EVENT READ.

10TH ANNIVERSARY CELEBRATION
AUCTION AND EXHIBITION, THE THEME IS "PASSION"!

JOIN US FOR GREAT ART, LIVE MUSIC, DANCING AND REFRESHMENTS IN SUPPORT OF THE ANYONE CAN FLY FOUNDATION WHOSE MISSION IS TO EXPAND THE ART ESTABLISHMENT'S CANON TO INCLUDE ARTISTS OF THE AFRICAN DIASPORA AND TO INTRODUCE THE GREAT MASTER OF AFRICAN AMERICAN ART.

THIS ANNUAL EVENT OFFERS A VARIETY OF ARTWORK FROM ARTISTS ALL OVER THE COUNTRY. ARTIST HAVE BEEN INVITED TO MAKE A UNIQUE 8 X 10 INCH ART WORK EXPRESSING "PASSION".

YET ANOTHER THING I ADMIRE ABOUT THE TRAIL BLAZING MASTER FINE ARTIST FAITH RINGGOLD.
Posted by Xenobia Bailey's Artist Journal at Wednesday, October 22, 2008 No comments:

Email ThisBlogThis!Share to TwitterShare to FacebookShare to Pinterest
Labels: Photo's by Xenobia Bailey 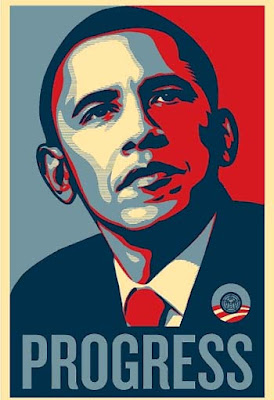 A FRIEND OF MINE, JUST TOLD ME SHE FOUND OUT THAT SHE WAS NOT REGISTERED TO VOE, EVEN THOUGH SHE IS A ACTIVE VOTER. I AM GOING DOWN TO CHECK AND SEE TODAY IF I AM ON THE REGISTRATION.
READ BELOW TO GET MORE INSIGHT.

Have you been purged from New York State’s database?

As I wrote about in my last blog, HAVA required substantial changes to the way voter registration lists are managed, requiring that all states maintain a single statewide database, and that voter registration records be purged of incorrect records. But depending on how database name matching is done, this can result in many legally registered voters being removed from the rolls or set to “Inactive” status, which means on Election Day their names will not be in the poll book, and they will not be able to vote.
But a question has remained, how many voter records have been purged from New York State’s voter rolls? Now we have an answer. I submitted a Freedom of Information Law request for all records in New York’s NYSVOTER voter registration database. Early in October, I received a copy of NYSVOTER records from September 23, 2008. I wrote a program to analyze the 12,010,045 voter records and can now report the number of voters who have had their status set to “Purged” or “Inactive” in the Empire state, and the reasons given for the change.
The data reveals that New York State has moved 1,661,244, or almost 14% of the voter records, from “Active” status to “Purged” or “Inactive”, meaning they will not be in the poll books on Election Day. Whether or not these changes are valid is anybody’s guess, and there’s no way to know for sure how many of these have been incorrectly removed from “Active” status. But I’ll wager that a significant number of these records are actually legally registered voters who should be allowed to vote on Election Day, but won’t be.
I’ve provided two spreadsheets which break out the analysis by individual New York State counties, totals for New York City(which includes the counties of New York (Manhattan), Kings (Brooklyn), Queens, and Richmond (Staten Island), and the state as a whole. The first sheet (Xl format here; PDF format here) shows the total number of records, the number of “Active” status voters, and the number set to “Purged” and “Inactive”, and the percentages these represent of the total. The second spreadsheet (Xl format here; PDF format here) breaks out the reasons given for each record set to “Purged” and “Inactive”.
This second spreadsheet reveals some interesting patterns. For instance we can see that the New York City Board of Elections has set over a half a million voter records to “Inactive” status because they did not respond to a letter from the Board saying they intended to cancel their registration (NYSVOTER lists this reason as “MAIL CHECK”). I guarantee that some percentage, likely very large, of these New York City voters are legally registered who never saw the Board’s letter. They’re going to show up on Election Day and be turned away from the polls.
We also find the top counties which have been removing voters from the rolls – Sullivan County (30%), Allegany County(24%), Tompkins County (23%), Westchester County (21%), Rensselaer (19%) and Erie (19%). We find that Erie, Cortland, Seneca, Sullivan and Lewis counties have all “Purged” over 7% of voter records. And Sullivan, Allegany, Tompkins, Westchester, Manhattan, Rensselaer and the Bronx have each set over 13% of their voter records to “Inactive” status.
My analysis program can only work the data that’s in the records, so I can’t determine how many of these voter records have been legitimately changed, and how many are legally registered voters whose status should be “Active” but is no longer. There’s only one way to know for sure – call your County Board of Elections and ask if you are registered to vote, if your status is “Active”, and if your name will appear in the poll books on Election Day. If it is not, there is still time, although not much, to correct the error.
By the way, if you find that you are not in the poll books on Election Day, you have the right to demand and receive a “provisional” ballot (called an ‘affidavit’ ballot in NYS), which you can vote on. Provisional ballots do not guarantee that your vote will be counted however, as the county must first conduct an investigation to see if you were indeed legally registered. Only then will the provisional ballot be counted. While this is better than not being able to vote at all, it’s a stop gap measure, and I urge you to call your county Board and check that you are registered and can vote on Election Day.
Posted by Xenobia Bailey's Artist Journal at Wednesday, October 22, 2008 No comments: