REMEMBER A KING, REHAB A KING 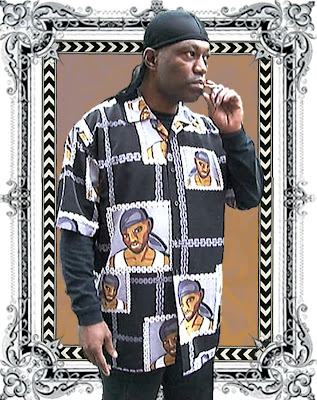 What a way to start this memorable "DAY FOR A KING"!!!.... I just had an amazing telephone conversation with a New York Performance artist named Rha Goddess, who has created a powerful performance piece (that I just missed) at the Public Theatre, The project she is working on really hits right on the “HEALING ELEMENT”. She is working with Mental Health Issues of Communities of Color.

This touring project was just launched Jan. 15, 2008 at The Public Theater in New York. Artist-as-Cultural-Activist, working for the community…. That’s what I’m talking about.

Check out the details of the project in the Link below.

Taxpayers More Willing to Pay for Rehabilitation Than for Incarceration, Reports Find

The American public supports the rehabilitation of youth offenders and is more willing to pay for rehabilitation than incarceration, two new reports funded by the John D. and Catherine T. MacArthur Foundation find.

Based on data from a poll performed by the Center for Children's Law and Policy, Potential for Change: Public Attitudes and Policy Preferences for Juvenile Justice Systems Reform (executive summary, 12 pages, PDF) found that more than 70 percent of Americans believe that incarcerating youthful offenders without rehabilitation is the same as giving up on them. Ninety percent of those surveyed believe that "almost all youth who commit crimes have the potential to change."

Based on research conducted by the MacArthur Research Network on Adolescent Development and Juvenile Justice, the second report, Rehabilitation Versus Incarceration of Juvenile Offenders: Public Preferences in Four Models for Change States (executive summary, 17 pages, PDF), found that the public is willing to pay an average of nearly 20 percent more in taxes for juvenile rehabilitation than incarceration.

During the 1990s, state legislatures across the country enacted statutes under which growing numbers of youths could be prosecuted in criminal courts and sentenced to prison, often because policy makers assumed popular demand for such action. But youths in the adult criminal system are at greater risk for assault and death, receive less in the way of rehabilitation and treatment services, and are 34 percent more likely to commit crimes than youths retained in the juvenile justice system. The MacArthur Foundation is working to address these issues through its Models for Change initiative and by supporting action networks designed to develop systemwide changes in Illinois, Louisiana, Pennsylvania, and Washington that can serve as national models for reform.

"Momentum is gathering across the nation to replace harsh, ineffective measures with programs that address the welfare of young people while preserving safe communities," said MacArthur Foundation president Jonathan Fanton. "The public understands that youth in trouble with the law are not lost, and that working with them to solve problems is a better approach to public safety than just locking them up."

Email ThisBlogThis!Share to TwitterShare to FacebookShare to Pinterest
Labels: Photo by Xenobia Bailey